Skip to content
AADC deficiency from infancy to adulthood: Symptoms and developmental outcome in an international cohort of 63 patients

AADC deficiency from infancy to adulthood: Symptoms and developmental outcome in an international cohort of 63 patients 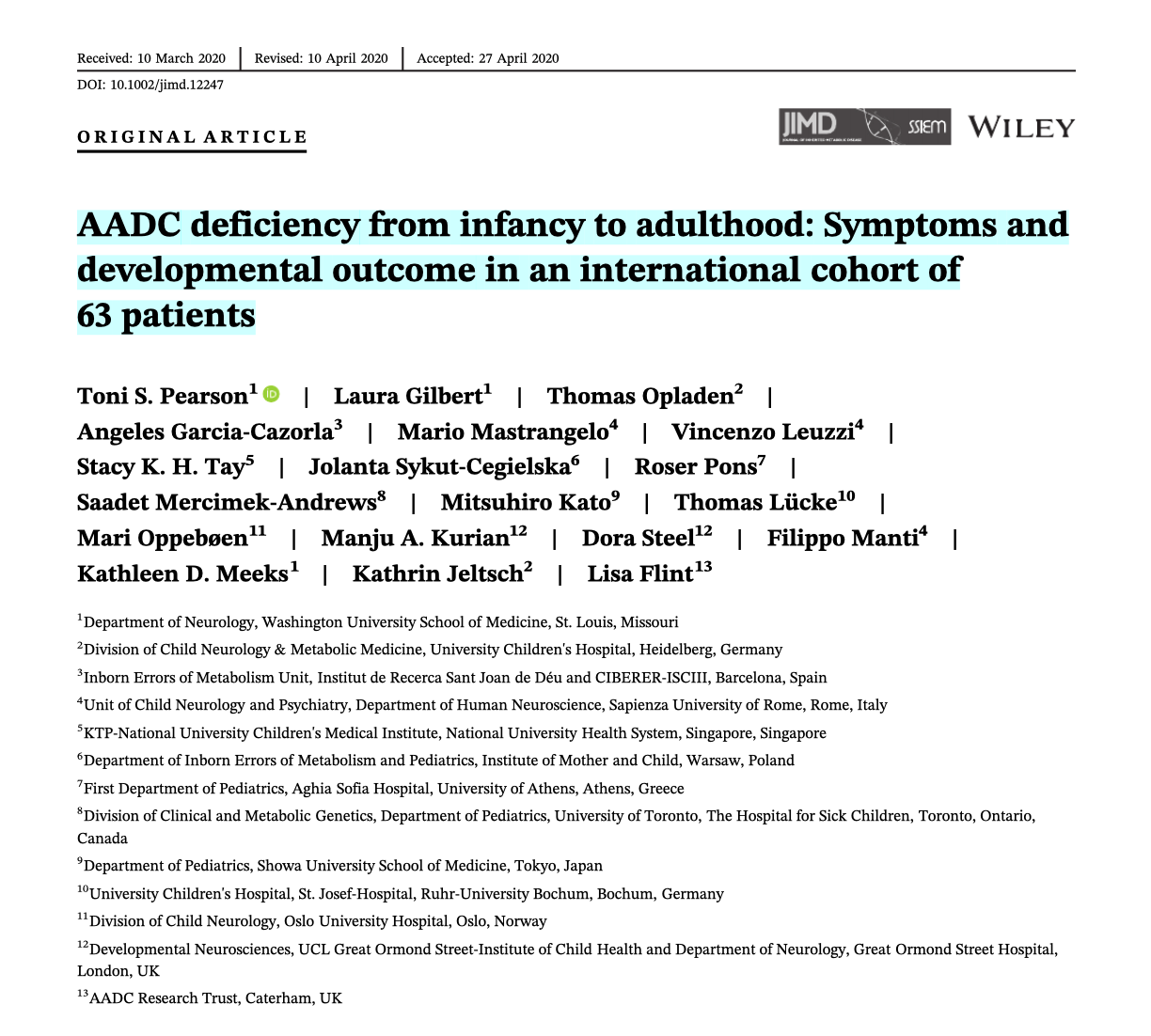 Aromatic L‐amino acid decarboxylase deficiency (AADCD) is a rare, autosomal recessive neurodevelopmental disorder characterized by impaired synthesis of dopamine, noradrenaline, adrenaline and serotonin, leading to a complex syndrome of motor, behavioral, and autonomic symptoms. This retrospective study assessed the symptoms and developmental outcome of a large international cohort of patients with AADCD via physician and/or caregiver responses to a detailed, standardized questionnaire. Sixty‐three patients (60% female; ages 6 months‐36 years, median 7 years; 58 living) from 23 individual countries participated. Common symptoms at onset (median age 3 months, range 0‐12 months) were hypotonia, developmental delay, and/or oculogyric crises. Oculogyric crises were present in 97% of patients aged 2 to 12 years, occurred in the majority of patients in all age groups, and tended to be most severe during early childhood. Prominent non‐motor symptoms were sleep disturbance, irritable mood, and feeding difficulties. The majority of subjects (70%) had profound motor impairment characterized by absent head control and minimal voluntary movement, while 17% had mild motor impairment and were able to walk independently. Dopamine agonists were the medications most likely to produce some symptomatic benefit, but were associated with dose‐limiting side effects (dyskinesia, insomnia, irritability, vomiting) that led to discontinuation 25% of the time. The age distribution of our cohort (70% of subjects under age 13 years) and the observation of a greater proportion of patients with a more severe disease phenotype in the younger compared to the older patients, both suggest a significant mortality risk during childhood for patients with severe disease.