Skip to content
Inherited Disorders of Neurotransmitters: Classification and Practical Approaches for Diagnosis and Treatment

Inherited Disorders of Neurotransmitters: Classification and Practical Approaches for Diagnosis and Treatment 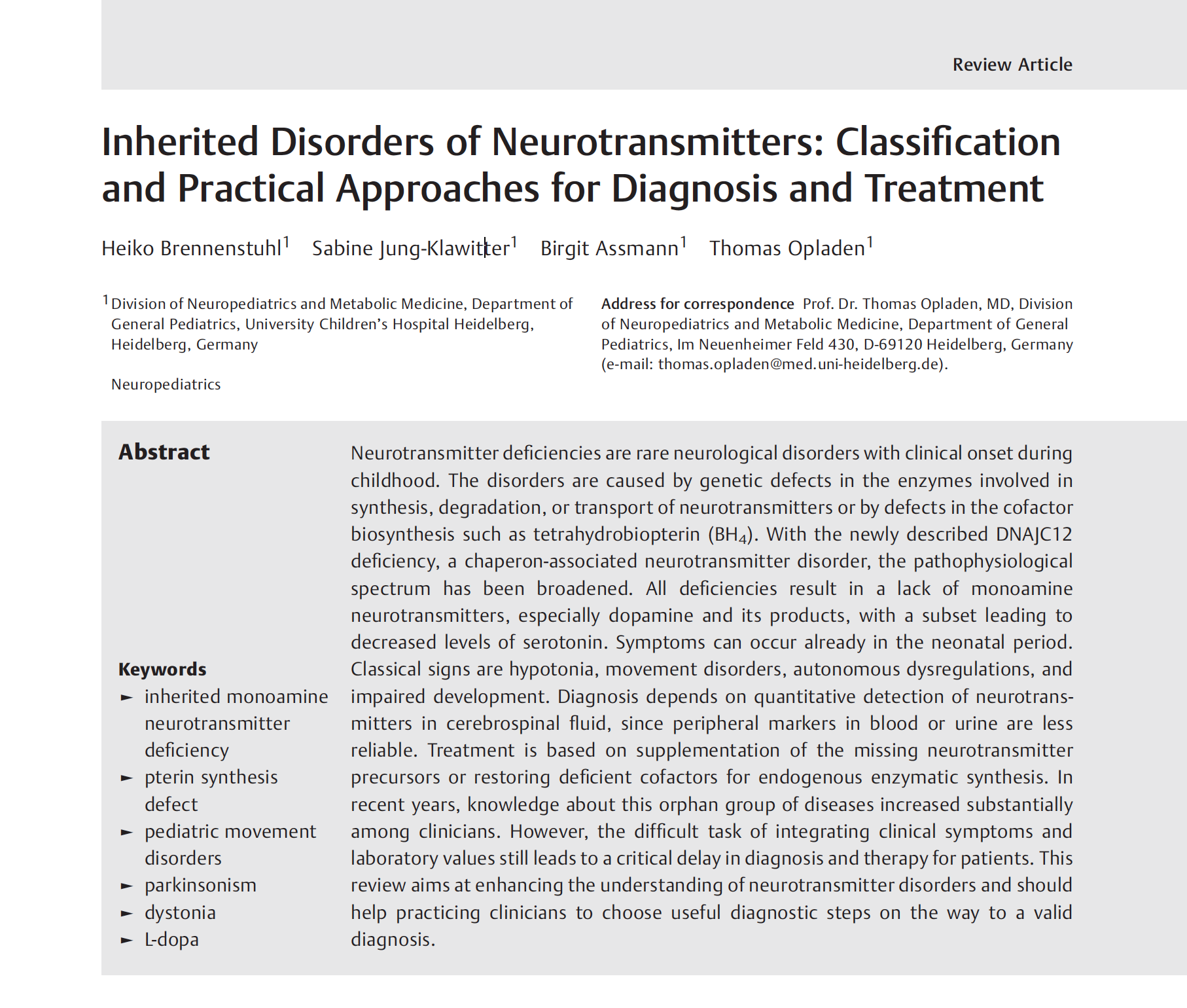 Neurotransmitter deficiencies are rare neurological disorders with clinical onset during childhood. The disorders are caused by genetic defects in the enzymes involved in synthesis, degradation, or transport of neurotransmitters or by defects in the cofactor biosynthesis such as tetrahydrobiopterin (BH4). With the newly described DNAJC12 deficiency, a chaperon-associated neurotransmitter disorder, the pathophysiological spectrum has been broadened. All deficiencies result in a lack of monoamine neurotransmitters, especially dopamine and its products, with a subset leading to decreased levels of serotonin. Symptoms can occur already in the neonatal period. Classical signs are hypotonia, movement disorders, autonomous dysregulations, and impaired development. Diagnosis depends on quantitative detection of neurotransmitters in cerebrospinal fluid, since peripheral markers in blood or urine are less reliable. Treatment is based on supplementation of the missing neurotransmitter precursors or restoring deficient cofactors for endogenous enzymatic synthesis. In recent years, knowledge about this orphan group of diseases increased substantially among clinicians. However, the difficult task of integrating clinical symptoms and laboratory values still leads to a critical delay in diagnosis and therapy for patients. This review aims at enhancing the understanding of neurotransmitter disorders and should help practicing clinicians to choose useful diagnostic steps on the way to a valid diagnosis.