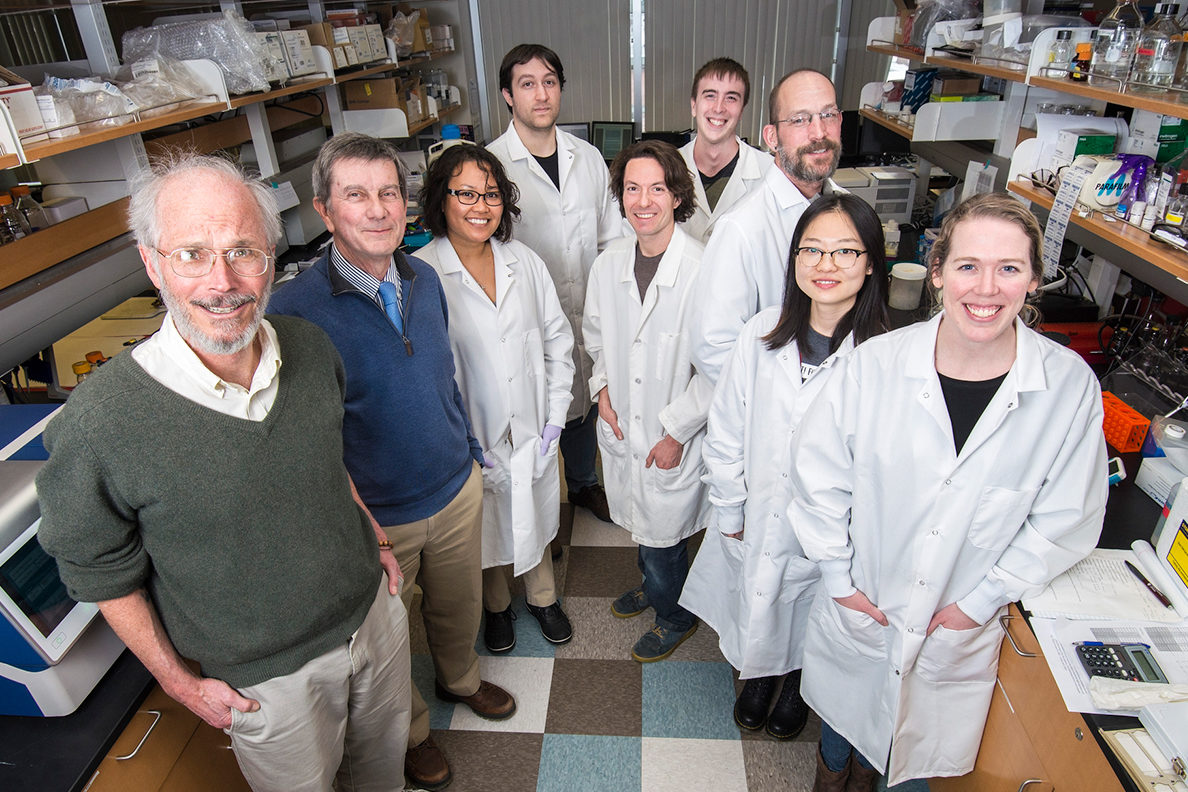 Researchers Jean-Baptiste Roullet and Mike Gibson of the WSU College of Pharmacy and Pharmaceutical Sciences are conducting a natural history study of patients with succinic semialdehyde dehydrogenase deficiency (SSADHD).

SSADHD is a genetic disorder that is most commonly diagnosed in young children; it disrupts the metabolism of gamma-aminobutyric acid (GABA) — a neurotransmitter that serves to inhibit the activity of nerve cells in the brain — and causes a wide range of neurological symptoms that include developmental delays, motor control problems, absence of speech, and seizures. A natural history study collects health information to understand how a disease develops over time in the absence of treatment.

In collaboration with colleagues at Boston Children’s Hospital and other academic hospitals around the world, the WSU researchers will follow 55 patients with SSADHD over the course of five years; this represents about a quarter of the known patient population of around 200 worldwide. The research team will analyze a variety of biological samples and clinical data obtained annually from patient participants.

“SSADHD ranges from patients with very mild symptoms—including some that have actually gone through community college with assistance—to patients that are severely impaired and wheelchair-bound,” said Gibson, the study’s principal investigator.

The study will help scientists identify specific biomarkers of disease severity and better predict the natural course of SSADHD.

What’s more, the natural history study will help the researchers fulfill an important prerequisite for FDA approval of new drugs or the use of existing drugs indicated for other conditions.

Gibson has previously conducted studies to evaluate a handful of drugs for potential use in patients with SSADHD. This includes a phase II NIH clinical trial on a promising experimental drug known as SGS742. That trial was recently concluded, and outcomes are pending.

Successful introduction of a drug to treat SSADHD would be a major milestone. Although as many as one in ten Americans have a rare disease, 95 percent of rare diseases do not have treatment options.

“Completion of a natural history study also marks a key step in the quest to secure funding to develop newborn screening for the disease”, said Roullet.

Adding SSADHD to existing newborn screening tests would allow for earlier diagnosis of the disease. “Currently, it takes an average of two years before patients are diagnosed”, Roullet said. That’s because it’s impossible to distinguish the symptoms seen in patients with SSADHD from those that are typical for many other neurological diseases. As a result, diagnosis relies on highly specialized testing that physicians may not think to order right away, given the rarity of the condition.

On a more personal level, the new study represents the culmination of several decades of research by Gibson, who first identified the genetic mutation that causes SSADHD while he was a graduate student in the 1980s. The discovery cemented his research focus on rare diseases and set him on a path to becoming widely recognized for SSADHD research and treatment.

Both Gibson and Roullet have worked hard to advance rare disease research beyond their own work. They are involved in an NIH-funded research center known as the Sterol and Isoprenoid Research (STAIR) Consortium. STAIR represents a collaborative group of scientists and other individuals and groups dedicated to clinical research on disorders related to the metabolism of cholesterol and other sterols and isoprenoids, including SSADHD.

They are also working toward establishing a rare disease initiative at WSU that would bring together researchers from various disciplines who are focused on rare diseases.

Motivation to conduct rare disease research most importantly comes from working with patients and families, said Roullet. He and Gibson have worked with the SSADHD Association and patient advocacy groups for several other rare diseases. These groups are key to the success of rare disease research and keep the researchers focused on improving patients’ quality of life, which ultimately is the goal.

“If I can help develop one treatment that improves the quality of life for patients with SSADHD, I will consider my career to have been successful,” Gibson said.